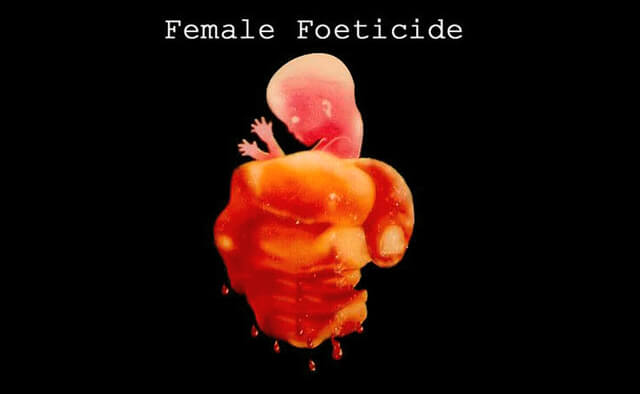 Female Foeticide- A Shame For The Society

The increasing number of female feticides have resulted in various social problems in India such as a skewed sex ratio, increase in the number of rapes and assaults, child marriages, women trafficking, kidnapping, adverse effect on physical and mental health of a women to count a few.  Although, legal initiatives like the Pre Natal Diagnostic Test, 1991 have been taken but states like Delhi, Punjab, Haryana and Gujarat have reported the largest violations.

Youth Veerangnayen has taken the onus to create awareness among masses by holding nukkad sabhas, rallies, seminars and family planning programs given the recent situation of declining child sex ratio from 947 girls to 927 girls per 1000 boys in the last decade. Youth Veerangnayen initially targeted the rural areas of Haryana, Punjab and various slums in Delhi by educating women about their rights, legal provisions and the ill effects of female feticide. Moreover, efforts have been made to educate the youngest generation about the evils of female feticide by conducting seminars and nukkad sabhas in schools.

Youth Veerangnayen also aims to empower women by encouraging them to become self dependent and promoting equality for women. Female foeticide is a matter of shame for the couples who request for it and also for the doctors who perform the inhumane and unlawful act of aborting an unborn girl child for the sake of profit. Youth Veerangnayen takes it as a social and moral responsibility to stop the practice of female foeticide and also to educate and encourage others to stop it completely.

End To Crime Against Women- Need Of The Time! »