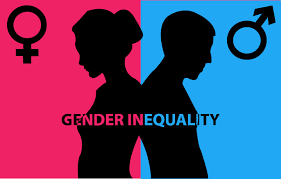 Across the world, there are 112 women for every 100 men living in extreme poverty. This number is projected to have increased to 118 in 2021 and 121 by 2030. If this is not dealt with, every passing day will see more women struggling, more women being forced to live without hope. In India, this is about 53 million women in 2021 and who knows how many more till we reach the end of this decade.

India ranks 123rd out of 188 countries in the Gender Inequality Index ratings by UNDP.  A clear evidence of how Indian women’s reproductive health is not looked after, how fewer women make it to the parliament and labour market, how patriarchy is still very relevant in our modern India.

North-Indian states have the highest levels of patriarchy, with Haryana and Rajasthan being the worst affected. This means, despite our progress, gender discrimination in rampant. Even today, men dominate women, sons are preferred and there are social and economic imbalances between men and women in households.

We fight them locally. To bring a change nationally.

Our March Against Female Foeticide

Since we began in 2010, we have taken a stand to dispel the myth that a daughter, a woman, is in any way inferior. We have continually publicly organised rallies to chant our views against gender discrimination and female foeticide.

Female foeticide has long depicted the shameful mentality of the society against girl child. It is a matter of utter shame that in this phase of the twenty-first century, when girls and women are rising to be successful and outstanding in every phase, the bias in the society towards them still remains.

We have been and continue to raise awareness, using our seminars and rallies to educate children in schools, women in rural areas and everyone in society. We have seen how our voice has made a difference.

A raging voice against dowry and age-old practises

Despite women making giant strides of progress, dowry and certain age-old practises still exist. We campaign against them, by creating awareness and understanding of the laws regarding the Dowry system and Property division.

Our seminars are where these issues are addressed by concerned subject experts.

Our campaign to help those with domestic violence!

Day in and day out, women are told to adjust and adapt to their in-laws. As a result, they are subject to several forms of Domestic Violence and mostly forced to suffer in silence. The stigma attached with divorce and voicing your issues makes it worse.

Our seminars geared towards empowering women are our tools to break down this stigma. We have begun this fight, but there is a long way to go.

Around 30% of all women face domestic violence, but very few choose to vocalise it. We are changing that, one seminar at a time. Our employment generation programs are also providing women to build livelihoods and have a say in how they are treated at home and outside.